History of Women’s Swimwear and When Bikini Become Popular

Nowadays, when we think about bikini, we actually think about a two-piece swimsuit that entails panties-style bottoms and a bra-style top. Being made of the finest fabrics and covering usually only women’s crotch and breasts, bikini has certainly become a synonym for the summertime. It lets our body breathe so we can swim not thinking about anything. No wonder why this tiny and feminine product became a must-have item for the summer. 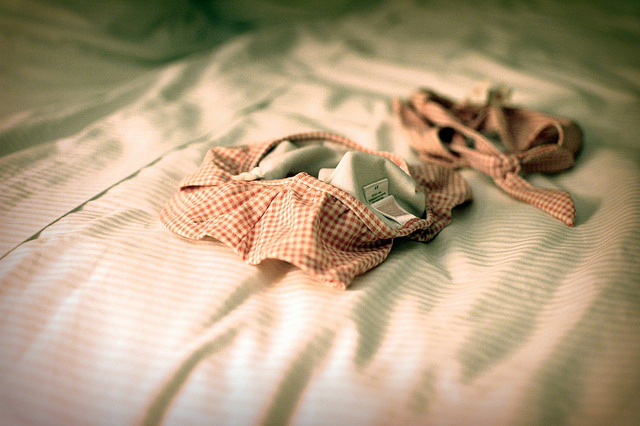 Have you ever wondered when swimsuits became that popular? Well, if you are uncertain, check these facts out and you will be amazed.

However, the first documented reports of the invention of swimsuits appeared in the Antic Greece. Believe it or not, women at this time wore lightweight togas and their swimsuits resembled modern designs.

The invention of swimsuits is closely related to the industrial development and the invention of the railroad in the middle of the 19th century, which made it easier for the people to travel. However, during history, our society became more and more conservative and women lost their freedom and rights. Because of such conservative attitude of the society, women had to cover most parts of their body. Wearing elegant gowns made of very heavy fabrics, women could enjoy neither their everyday activities, nor their vacations.  If you saw the picture of the swimsuit from that era, you would never guess what is represented because it was more of a gown that a real swimsuit. They covered every millimeter of a woman’s body for even an exposed ankle was considered extremely inappropriate. Since paleness was a number one trend of that era, apart from wearing these long and bulky dresses, women also wore hats that prevented tanning.

It the beginning of the 20th century, the same problem still existed.  There was the popular opinion that only men are supposed to swim, while women were still supposed to be humble and shy and it wasn’t appropriate for them to emphasize their silhouette.  Anyhow, those women who loved spending time at the beach had to find the solution in order to do it “appropriately”. Many fashion designers tried to create swimwear that would satisfy everyone’s desires. That is how chemises were introduced. They were multifunctional, thanks to their lightweight structure, they provided comfort for every woman, but also they solved the problem of exposure.

The first tight swimsuit that put stress on a female’s figure was accepted in 1910. Several years before the acceptance of this, at that time, futuristic clothing item, Australian swimmer Annette Kellerman was arrested for wearing form-fitting sleeveless one-piece knitted swimming tights. Refusing to wear the then-accepted pantaloons, she caused a complete revolution in a fashion industry and inspired other women to follow her example. Shortly after that incident, inspired by the Olympics, the first functional two-piece swimsuit was designed in 1913.

Modern bikini was designed in 1946 by two French designers – Jacques Heim and Louis Réard. Made of the light and delicate fabrics, and covering only the breasts and the crotch, modern bikinis were definitely ahead their time. When they first appeared in public, they provoked many controversies. Since not even one model was willing to showcase this revealing item, Réard decided to hire 19-year old nude dancer.  Discouraged by the failure of his invention, these designers started creating the traditional models again. 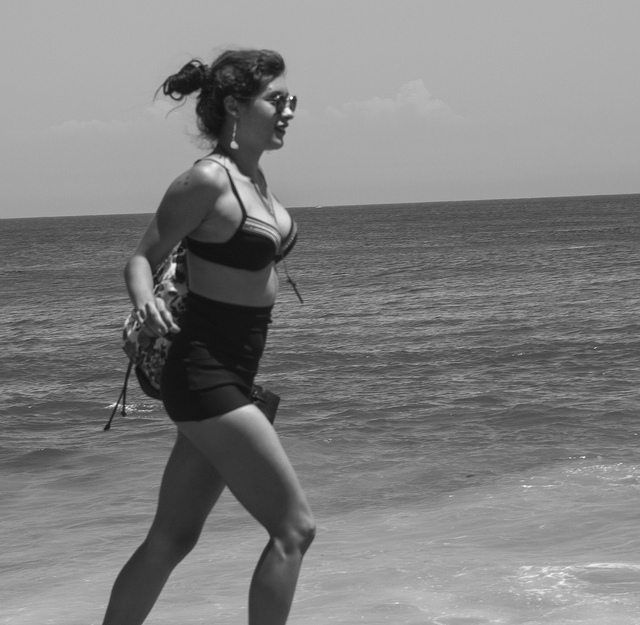 However, the situation completely changed during 1950s. Many popular Hollywood actresses of that period, such as Sophia Loren, Brigitte Bardot, Ava Gardner, Rita Hayworth, Elizabeth Taylor and Marilyn Monroe started posing while wearing bikinis. Apart from being extremely popular, they were all considered sex symbols, which brought the popularity to bikinis, too. 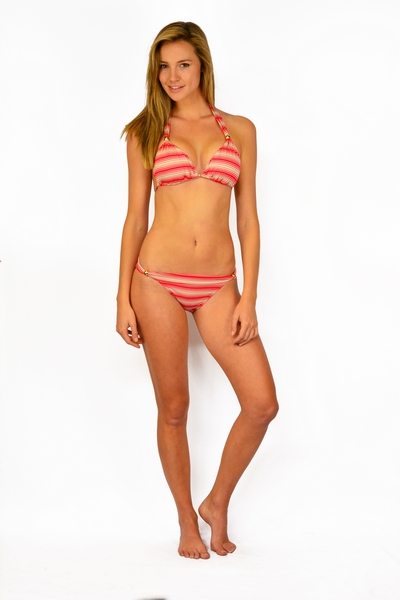 Similarly to the fifties, bikinis are one of the most important elements of the film industry. In almost any film, where an actress considered to be a sex symbol has a leading role, there is at least one scene of her in a swimsuit. Just remember Ursula Andress, who appeared as Honey Rider in the James Bond movie “Dr. No”. She claims that this role made her a star. Another Bond girl- Halle Berry appeared in the famous orange bikini in “Die Another Day”. Finally, don’t forget the famous Princess Leia’s golden bikini, worn by Carrie Fisher. Although it appeared in only two scenes, it became an iconic sex symbol for both, men and women.

Today, a bikini is one of the most popular pieces of clothes and it represents a must-have for every woman. The models vary from simple to classy, but one thing is sure- they make every woman sexy and confident. Sometimes, a simple combination of a bikini and an accessory would make your entire outfit simply adorable.

5 Scenarios Where a Head Chain is Appropriate

by Rabi9 months ago 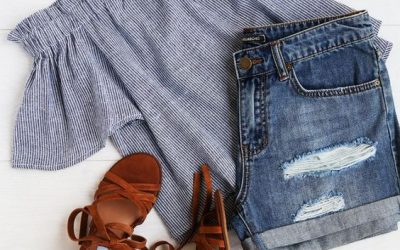 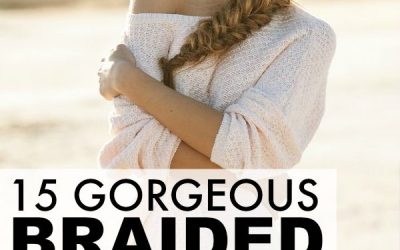 5 Scenarios Where a Head Chain is Appropriate