It would be fair to say that the footwear industry has changed considerably over the decades and nowadays, shoes are made up of all sorts of components. If we look at the sports footwear industry in particular, the way in which the shoes are composed is frightening with manufacturers using umpteen technologies to bring their product to the market. All are targeted at improving sporting performance and helping you avoid injury, although brands also have to work with keeping within the current fashion trends. Taking this into account, it’s really no surprise that fashionable sporting footwear is one of the biggest businesses around. 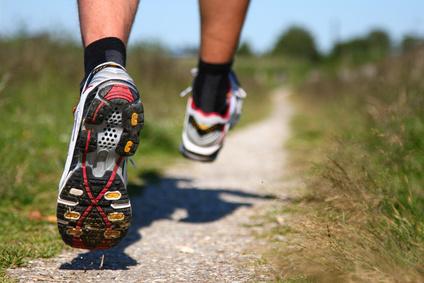 Even though companies regularly disclose what technologies are used in their products in all of their marketing material, few people actually know what benefits they all bring. Therefore, we’ll now take a look at six technologies which are included in the Brooks adrenaline shoes from this site and analyse whether or not they are advantageous to you.

As the name suggests, this is a technology that every new product in the Brooks range uses. In short, it’s purpose is to provide cushioning to runners. The company have attempted to make the technology that little bit unique by making the cushioning respond to movement – meaning that the foot is always cushioned appropriately no matter how you exercise.

This is another form of cushioning, although Hydroflow is more targeted towards the heel and forefoot. These are the areas of the foot which require the most cushioning due to their regular contact with the ground. As the name may indicate, Hydroflow uses viscous fluids to enhance the cushioning and remove as much shock from the running process as possible.

This is a slightly different technology to the others that have so far been discussed, with DRB Accel being situated around the mid-foot region. Its primary function is to provide support to the mid-foot, with Brooks claiming that this results in the heel and forefront working separately which should enhance performance.

Progressive Diagonal Rollbar is similar to DRB Accel and is also located around the midsole. This is arguably one of the most important technologies for short-distance runners, as it focusses on improving the effectiveness of the initial foot push at the start of a race. It does this by allowing the foot to be manoeuvred much more easily from its bent, starting position – to its running motion.

For anybody that partakes in cross country running, Pivot Posting technology could be the most important on this list. Its main aim is to minimise the amount of the shoe that comes into contract with the ground, which should make the run much more stable for the athlete. To do this, it uses ‘Pivot posts’ – with the shape of these parts resulting in the above.

Brooks include this in the vast majority of their products and the ‘stable’ part of the name gives most of it away. The aim of the technology is to once again stabilize the foot, by arranging several parts of the shoe to position it in the most balanced position possible. These parts are situated in the toe of the shoe, which means that an optimum amount of stability is provided.

Tips on Choosing the Perfect Blinds for Your Home